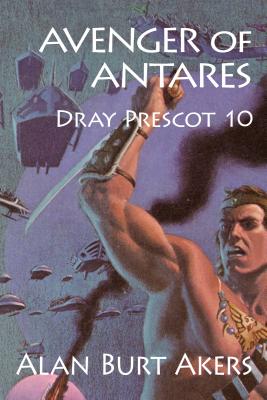 For a brief but wonderful moment it seemed as if Dray Prescot was on the road to victory, for he was aboard a Vallian ship bound for home with the secret of Vallia's enemies in his possession. But Dray, the Earthman sent to the planet Kregen of the double-star Antares in Scorpio, has not fulfilled the mission of the unseen Star Lords, and until he does there can be no escape from peril! And peril arrives in the form of hideous sea raiders, in the sharp edges of the dueling blades of a swordsman enemy, and in the horrid rites of the underground cult of the Silver Leem.

Avenger of Antares is the tenth book in the epic fifty-two book saga of Dray Prescot of Earth and of Kregen by Kenneth Bulmer, writing as Alan Burt Akers. It follows Bladesman of Antares and the series continues in Armada of Antares.
Reviews from Goodreads.com