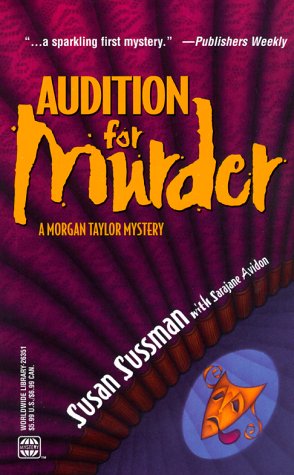 Leave it to a diva like the aging and taciturn Lily London to steal the show by dying during struggling actress Morgan Taylor's audition. Okay, so being upstaged by a corpse has its perks at least she might get a callback. But Morgan isn't quite as confident when she finds out how Lily was murdered.

Sure, Lily Was supposed to audition with Morgan who had jokingly left a message threatening to kill Lily if she was late, but really, she'd never be that desperate for work. She hoped. Then another corpse takes center stage, and things are getting...dramatic, especially when a killer decides it's time to make Morgan's next curtain call her last.
Reviews from Goodreads.com