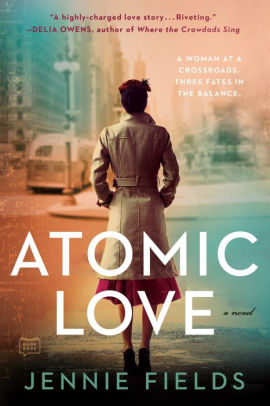 Share:
In 1950s Chicago a former scientist on the Manhattan Project finds herself torn between two men: the physicist she loved passionately during the war, and the handsome, wounded FBI agent now investigating him for espionage, in this breathtaking novel of betrayal, love, desire, and secrets.

Chicago, 1950. Rosalind Porter has always defied expectations--in her work as a physicist on the Manhattan Project, and in her passionate love affair with co-worker Thomas Weaver. Five years after the end of both, her guilt over the results of her work and her heartbreak over Weaver are intertwined. She has almost succeeded in resigning herself to a more conventional life.

Then Weaver gets back in touch--and so does the FBI. Agent Charlie Szydlo wants Roz to spy on Weaver, whom the FBI suspects of passing nuclear secrets to Russia. Despite her better instincts, Roz has never stopped loving Weaver, but now finds herself drawn to Charlie, even as she's not sure she can trust him. Charlie, whose time as a prisoner of war haunts him, is not sure he can trust himself, especially around Roz. As Roz's feelings for each man unexpectedly deepen, so too does the danger she finds herself in. When it becomes clear the Russians will stop at nothing, Roz will have to choose: The man who taught her how to love, or the man her love might save?