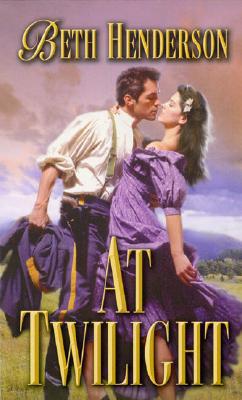 LOVE ON THE RUN

On the course of his trek across the green Texas countryside in the spring of 1868, J. W. Walford only stopped at the small, hid-den ranch intending to purchase a horse with which to hasten his flight from the law. But when he stumbled across an unconscious woman near the ranch's well, he had no choice but to help the damsel in distress. He never suspected that behind her raven-haired beauty lay the characteristics of a frontier hellion.

When Louisa Burgess awoke to find a handsome stranger had come to her rescue, she thought it was just another of the many daydreams she'd indulged in since the death of her lying, cheating husband. But in the tattered remains of his Union Army uniform, this dark and brooding knight in shining armor was a waking fantasy. J. W. would be the answer to all her problems--her ticket away from the hardships of the debt left by her husband; away from the greedy eyes of banker Titus Gillette.

With Louisa's infant in tow, the pair set off toward an unknown future. Their pasts were full of heartache, and the road ahead promised further trials. But neither was intimidated, for under the grand expanse of the velvety Texas sky, J. W. and Louisa found solace in each other's arms, every evening .. .AT TWILIGHT
Reviews from Goodreads.com