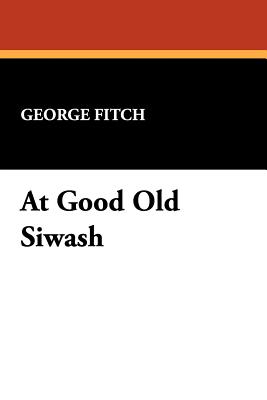 Share:
George Helgesen Fitch (1877-1915) was an American author, humourist, and journalist perhaps best known for his stories about fictional Siwash College. Fitch was born in Galva, Illinois. He graduated from Knox College in 1897. He worked as a reporter for a number of midwest newspapers and eventually became frequently published in national magazines, breaking in with his popular Megaphone series satirizing urban America. He also penned a syndicated column called Vest Pocket Essays. He was elected to the Illinois House of Representatives in 1912. Knox, his alma mater, was the basis of a series of popular stories set at Good Old Siwash College. First appearing in the Saturday Evening Post in 1908, they focused on characters like the Swede Ole Skjarsen, Petey Simmons, and the fraternity Eta Bita Pie. The Siwash stories were the basis for the movie Those Were the Days (1940) starring William Holden as Simmons, which was filmed at Knox. Amongst his other works are: The Big Strike at Siwash (1909), Bridge Whist (1910), The Automobile (1910), At Good Old Siwash (1911), My Demon Motor Boat (1912), Homeburg Memories (1915) and others.