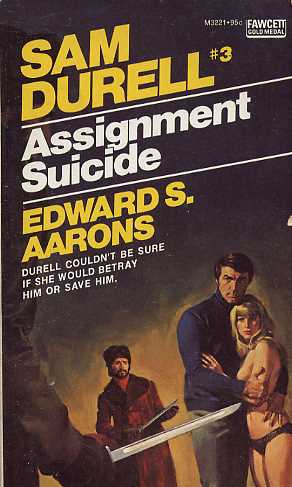 Sam Durell had come a long way in a hurry--from Washington to Paris and then to an obscure airfield in West Germany. The tough, broad-shouldered agent looked down glumly at the cheap topcoat he was wearing, his stiffly cut Russian-style suit, and his black square-toed shoes. In his breast pocket were papers stating he was Igor Vanilov, lieutenant in the Russian secret police, the dread MVD.

Sam Durell was worried, and he had every reason to be. He was parachuting behind enemy lines, and the CIA had given him only one person to contact--a beautiful girl with questionable morals and more questionable loyalties.