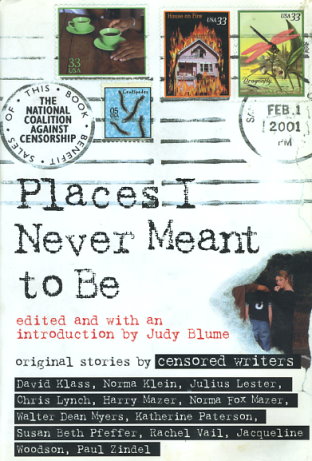 "What effect does [the climate of censorship] have on a writer?....It's chilling.
It's easy to become discouraged, to second-guess everything you write. There seemed to be no one to stand up to the censors....so I began to speak out about my experiences. And once I did, I found that I wasn't as alone as I'd thought."
-- from Judy Blume's introduction to Places I Never Meant to Be

Judy Blume is not alone: Many of today's most distinguished authors of books for young people have found their work censored or challenged. Eleven of them have contributed original stories to this collection. Along with a story written by the late Norma Klein when she was a student at Barnard College, they comprise a stunning literary achievement as well as a battle cry against censorship.
Contributors
David Klass
Norma Klein
Julius Lester
Chris Lynch
Harry Mazer
Norma Fox Mazer
Walter Dean Myers
Katherine Paterson
Susan Beth Pfeffer
Rachel Vail
Jacqueline Woodson
Paul Zindel
Reviews from Goodreads.com 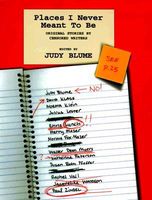