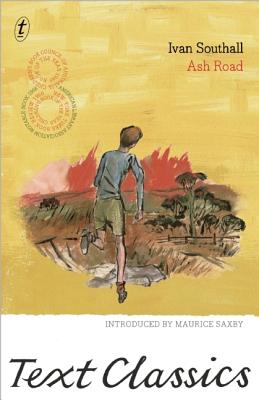 Winner of the New York Times Book Review Children's Book of the Year, 1966.
Commended title, American Library Association, 1966.
'The author has the power to get inside his characters.'The New York Times

'Conveys with insight the reactions, fears, perplexities, ignorances and behavior of children in a real adult world.' Washington Post

The novel is a chronicle of fire and panic, of intense and remarkable perception, and of almost inexhaustibly vivid descriptive language unforgettable.’ Wall St Journal

The description of the fire and the atmosphere of the day are so vividly describeddeservedly classic story.’ ReadPlus

It's hot and dry on Ash Road, where three boys taste their first independence, camping without adults. When they accidentally light a bushfire, none could guess how far it would go. They are forced to face the consequences with only each other to depend on.

Ivan Southall was Australia's first recipient of the Carnergie Medal. An icon of children's literature, he wrote over sixty books. He died in 2008.