As Far Away As Possible — Barry Napier 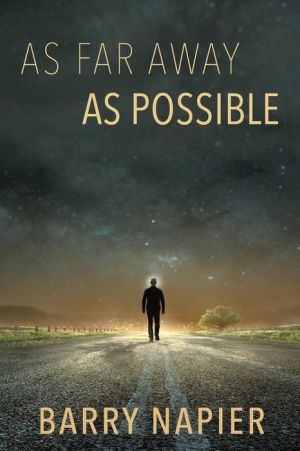 
A young girl is nearly burned alive when her house goes down in flames around her.

A teenage boy is plucked from a river mere seconds before he drowns.

A father and his infant son are rescued from a car crash they should not have survived.

Despite these events taking place in different states, the survivors tell stories that share one thing in common: a man who has no face, rather a radiant light where his head should be.

While on assignment to debunk a faith-healing preacher, online journalist Jacob Gentry catches wind of these stories. Despite his skepticism, he finds himself fascinated and slightly obsessed. Jacob can’t help but dig into the crazy stories of the phenomenon that online communities are starting to refer to as the Bright Man. As Jacob travels from site to site of these miraculous rescues, he finds that he is getting closer and closer, catching up to this enigmatic figure.

While on the chase, and also still bent on his original story of a fraudulent faith-healer, Jacob discovers that there might be more to the Bright Man stories than the stuff of urban legends—that he may, in fact, be on a journey towards his own revelations regarding life and death, fiction and faith.