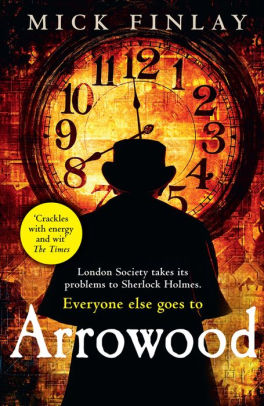 Share:
London Society takes their problems to Sherlock Holmes. Everyone else goes to Arrowood.

The Afghan War is over, a deal with the Irish appears to have brought an end to sectarian violence, but Britain's position in the world is uncertain and the gap between rich and poor is widening. London is a place where the wealthy party while the underclass are tempted into lives of crime, drugs and prostitution. A serial killer stalks the streets. Politicians are embroiled in financial and sexual scandals. The year is 1895.

The police don't have the resources to deal with everything that goes on in the capital. The rich turn to a celebrated private detective when they need help. Sherlock Holmes. But in densely-populated South London, where crimes are sleazier and Holmes rarely visits, people turn to Arrowood, a private investigator who despises Holmes, his wealthy clientele, and his showy forensic approach to crime. Arrowood understands people, not clues.