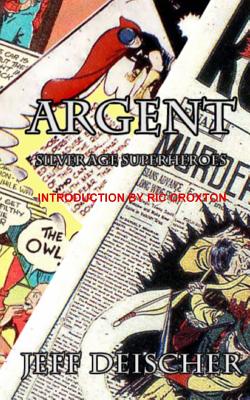 ARGENT tells the stories of novice superheroes of the Argentverse, Vanguard, Jr., a trio of teenagers, the children and heirs of the golden age heroes known as the Three Musketeers; the Stargazer, an alien stranded on Earth; Shadowalker, a young Native American who learns that his heritage is a mystical one. Each novella reads like a comic book series, covering the summer months of 1961. Readers will discover the Argentverse and its inhabitants (both good and bad) alongside these new heroes in over twenty exciting original tales by Jeff Deischer, master of the pulp superhero prose story.
Reviews from Goodreads.com