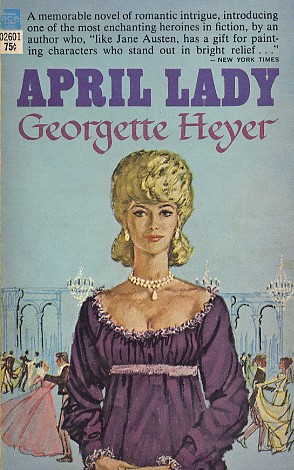 Share:
Despite the scandalous blemish on the family name of his 18 year old bride, Lord Giles Cardross is convinced beautiful Helen cares for him. When newlywed begins to fill her days with fashion and frivolity, her husband has to wonder whether she really did marry him for his money, as his family so helpfully suggests. He thought they were marrying for love, but as the bills and extravagant debts begin to mount up, Giles begins to suspect that perhaps his adored wife isn't as innocent as he supposed. Especially since, as of late, she's been unable to look him in the eye...

Impetuous Lady Helen Cardross had collected quite a basket of little white lies in her efforts to help those less fortunate than herself. There were, for example; her own dashing, debt-ridden brother, and her husband's love-sick, youthful sister. But to her adored (and adoring) lord and master, there could be no dissembling of integrity, honor, or truth. One faced up to grim reality -- unless one were Lady Helen.

When his family's priceless jewels disappear, Lord Cardross is aghast at the idea that his lovely new wife might be the culprit, but he soon discovers the truth about Lady Nell's situation. And between his concern over his wife's spending sprees, rescuing her impulsive brother from one scrape after another, and attempting to prevent his own half--it's no wonder the much-tried earl can't see where he's gone wrong. And now owing a shocking amount of money, Nell doesn't dare tell him the truth--that she's loved him from the first, and thought he'd married her for convenience.