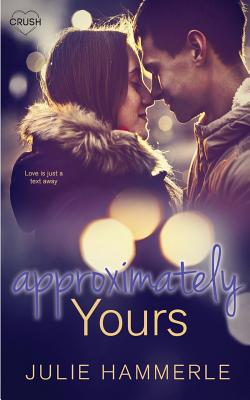 
Danny Garland is so out of Holly's league. And her family is only back in North Pole, Minnesota, long enough to sell Grandma's house and say Merry Christmas. So telling her basketball-star, too-hot-to-be-real long-time crush that she'd like to kiss him under the mistletoe just isn't going to happen. And now he's asked out her cousin, Elda. Elda is a mess at flirting, so when she begs Holly to intervene, she does. Holly helps her flirt with him over text. And then again. And again . Now she's stuck texting him as her cousin, and Elda is the one going on the date. Holly thought she could settle for just conversation with Danny, but talking with him is some kind of magic. He's got the perfect comebacks, she makes him laugh, they text until everyone is asleep. She just can't ever tell him it's her he's really texting.

Disclaimer: This Entangled Teen Crush book has hot texts, gingerbread wars, and a slow-burn romance that could melt a Minnesota winter.