Apollyon: The Destroyer Is Unleased — Tim LaHaye; Jerry B. Jenkins 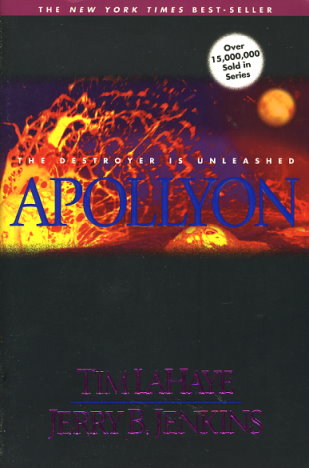 Share:
The world holds its breath as the Tribulation Force ventures to Jerusalem for the great Meeting of the Witnesses, where tens of thousands defy the Antichrist to sit under the ministry of their pastor-teacher, Tsion Ben-Judah.

The fifth Trumpet Judgment--a plague of scorpion-like locusts led by Apollyon, chief demon of the abyss--is so horrifying that men try to kill themselves but are not allowed to die.

Apollyon has reached the New York Times best-seller list and is the most shocking and explicit portrayal yet in the continuing drama of those left behind.