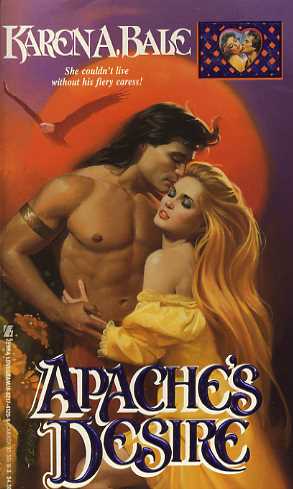 ONLY IN HIS ARMS

Was she never to find peace and contentment? Silverhaired Aissa Gerard had survived capture, loneliness, and the burning of her family's ranch. Now she was home again, with her Indian lover beside her. Still, danger seemed to lurk in every corner, and though Shadow Hawk loved her, she knew he was restless and uneasy in the white man's world. But whatever happened, Aissa vowed that nothing would come between them, ever agan. Only in Shadow Hawk's wild embrace could she find bliss; only his rapturous caresses could transport her to the heights of ecstasy -- where she belonged!

ONLY WITH HER LOVE

Longing to return to his people, but knowing that Aissa could never be happy in the Indian world, Shadow Hawk did his best to accustom himself to the white man's ways ... until news came that his family was in grave danger. Though he feared that Aissa's bitter enemy would return and capture her again, Shadow Hawk knew that he must go. But he would soon return, for Aissa's tempting caresses aroused him to the highest pitch of passion, her sweet sensuous curves enflamed his senses, and her loving embrace set his warrior's heart of fire ... every time, and for always!
Reviews from Goodreads.com