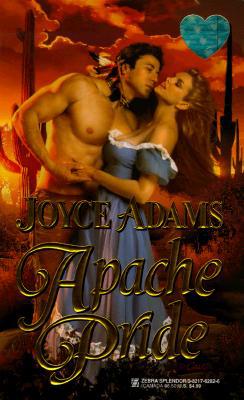 CALL OF THE WILD
Regan McBain was on a train bound for her father's fort when she first encountered Branded Wolf, a ruggedly handsome Apache. Once arriving in Arizona, Regan never dreamed she would see the mysterious half-breed again. But after fleeing the unwanted advances of one of her father's soldiers and escaping into the wilderness for safety, she stumbled upon an injured Branded Wolf. Knowing she could not abandon him, she nursed his wounds, only to discover her heart was aching for someone to call her own.

CALL OF THE HEART
With a bloodthirsty vendetta against the white men who had killed his wife, Branded Wolf had become a bounty hunter, sworn to avenge her death. Although he was a half-breed Apache, he had no use for the white man's ways--or their women until Regan ensnared him with her fiery spirit. Yet his burning vengeance threatened to destroy him and the promise of a future with Regan unless she could heal the bitterness in his heart with sweet, tender love.
Reviews from Goodreads.com