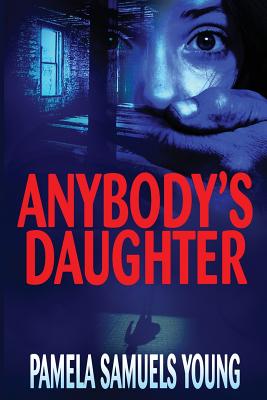 Share:
"A fast-paced, well-written thriller that’s grounded in important social issues." --Kirkus Reviews“One of the best thrillers I have read in a long time.” --Digna Dreibelbis, Autumn Blues Reviews“I was in tears for most of the book and in shock for the rest! … This is a 5-star read and every parent needs to pick it up!” --Ella Curry, BAN Radio ShowIs Anybody's Daughter Ever Safe?Based on the real-life horrors faced by thousands of girls, award-winning author Pamela Samuels Young takes readers deep inside the disturbing world of child sex trafficking in a fast-paced thriller that educates as much as it entertains. Thirteen-year-old Brianna Walker is ecstatic. She's about to sneak off to meet her first real boyfriend—a boyfriend she met on Facebook. But Brianna is in for a horrifying surprise because her boyfriend doesn't exist. Instead, Brianna unwittingly becomes the captive of a ring of drug dealers- turned-human traffickers who prey on lonely girls from dysfunctional homes. But they’ve made a big mistake in targeting Brianna because she doesn’t meet either of those criteria. Brianna’s Uncle Dre, a man with his own criminal past, is determined to find the niece who is more like a daughter to him. Rather than sit back and rely on police to bring Brianna home, Dre scours the dark corners of Los Angeles looking for her. He is stunned to learn that the trafficking of children isn’t just happening in other countries. It’s occurring at epidemic levels right in his own backyard. Dre is not alone in his desperate search. Loretha Johnson knows this world well. A social worker who previously lived “the life,” Loretha now dedicates her time to saving as many young girls as she can find. She turns out to be an invaluable resource for Dre, who ultimately gets a lead on The Shepherd, a mastermind in the trafficking world whose every move is fueled by ego and greed. Dre vows to bring his reign of terror to an end.While Brianna makes a futile effort to thwart her captors, Dre is getting closer and closer to finding her. The woman he loves, attorney Angela Evans, knows the dangers faced by sexually exploited children because she represents them in juvenile court. Angela lends her moral support and, eventually, an important clue to Brianna’s whereabouts. As he races against the clock, Dre ultimately comes up with a daring plan—one that puts many lives in danger, including his own. But will he find Brianna before it's too late?