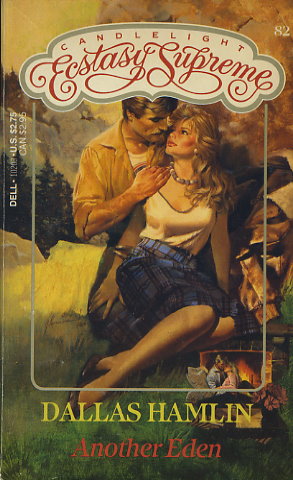 Share:
Just when Eve was certain she was safe, Kyle Morgan crashed his plane into her mountain and invaded her very private life. The isolated cabin where she'd come to paint and forget the hurt and scandal of the past was her retreat from romantic involvement. But as his injuries healed, Kyle proved impossible to resist. He adored her. He swept her off her feet, filling her days with joy, her nights with passion. Within a few breathless weeks he'd convinced her to fly to Las Vegas to be married. But even as Eve stepped back into the world and began to gain recognition for her work, Kyle withdrew mysteriously into himself, leaving her to wonder how she'd failed him, how to break down the barriers that kept them from finding in marriage the paradise their love had promised.