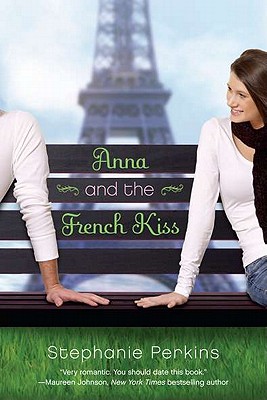 Anna was looking forward to her senior year in Atlanta, where she has a great job, a loyal best friend, and a crush on the verge of becoming more. So she's less than thrilled about being shipped off to boarding school in Paris -- until she meets Étienne St. Clair. Smart, charming, beautiful, Étienne has it all . . . including a serious girlfriend.

But in the City of Light, wishes have a way of coming true. Will a year of romantic near-misses end with their long-awaited French kiss? Stephanie Perkins keeps the romantic tension crackling and the attraction high in a debut guaranteed to make toes tingle and hearts melt.
Reviews from Goodreads.com

I am in love with the book. As soon as I started reading Anna and the French Kiss, I was hopelessly lost. Stephanie Perkins has written a novel that captures all the heightened emotions of adolescence with none of the incessant whining. And, it is wonderfully romantic in the best possible way. All the fantasy but grounded in reality.

Anna Oliphant is a high school senior whose nouveau riche author father decides that a year of school in Paris is just what she needs. Anna thinks he's wrong, wrong, wrong. She doesn't want to leave her best friend, her family, or Toph, the hot guy that she works with. Despite her protestations, it's off to Paris she goes.

There's a wonderful moment in Anna's dorm room when her mother is saying goodbye:

"And then my mother does something that, even after all of the paperwork and plane tickets and presentations, I don't see coming. Something that would've happened in a year anyway, once I left for college, but that no matter how many days or months or years I've yearned for it, I am still not prepared for when it actually happens.

My mother leaves. I am alone."

And with that moment, Anna's journey begins. Within a few pages, she has met Etienne St. Clair. He is handsome, funny, charming -- and in a serious relationship. Although Anna is attracted to him, she is more than satisfied being his friend. The reader get the privileged position of watching their relationship develop and deepen. One of my favorite scenes is the email exchange that occurs over the winter holidays. What Perkins does best is establish a connection between Anna and Etienne that feels honest and true. Haven't we all had male friends who knew us in a way that our female friends couldn't? The intimacy that simmers into sexual tension is so sweet it makes your heart ache with longing to be seventeen again (maybe that's just midlife-crisis me.)

Aside from the romance, this novel is really about growing up. Anna is a girl on the cusp and we see her turn from a teenager to a young woman. Set against the magic of Paris, she learns to be independent, stand up for herself, and speak her mind (and a little French.) Her battles become the reader's battles and we cheer her on.

So, if you're looking to rediscover the young woman you wanted to bet, this is the book for you. I guarantee you're going to love it. The only problem is, now I really want to go to Paris. 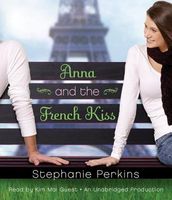 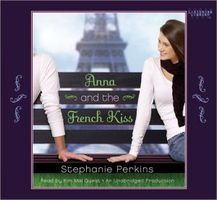