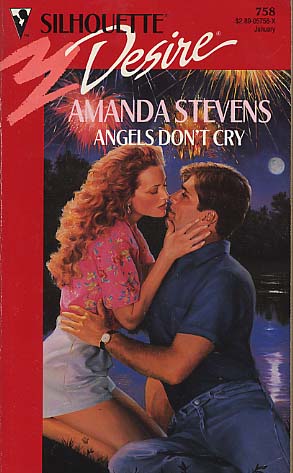 That was what sweet Angel Lowell's evil twin sister, Aiden, had told her about Drew Maitland. Selfish, deceiving Aiden had wanted Drew all to herself--and she'd gotten him lock, stock-and marriage, leaving Angel angry and alone. But now Aiden was dead, and Drew had returned to the steamy town in Texas they had all once called home.

Ten years had only deepened Drew's need for Angel. Torn from her by Aiden's seduction and betrayal, he vowed that this time Angel would be his. Then he discovered that the past, with all its dark spectres, was back to haunt them. But how could he protect his beloved from an evil they could not even see?
Reviews from Goodreads.com