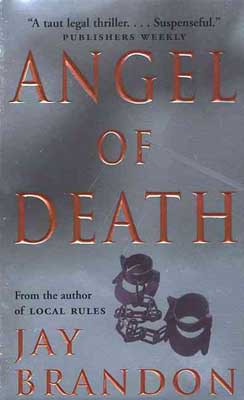 To the African American community of San Antonio, Malachi Reese is a saint, a community leader, a man who feeds the hungry and houses the homeless. To San Antonio District Attorney Chris Sinclair, Reese is the Angel of Death: a vicious killer possessed by the need for power and willing to do whatever it takes to gain it. Determined to see justice done, Sinclair overcomes incredible odds to see Reese convicted of murder and sentenced to Death Row.
But Malachi Reese has not been defeated. From Death Row, he threatens to destroy Sinclair, to take him to the very top and cast him down. As a series of seemingly unrelated crimes begin, Sinclair feels the power of Reese descending upon him, and finds that enemies are allies and allies are enemies, and that truth and justice are much more shades of gray than an issue of Black and White.