And Then He Kissed Me — Kim Amos 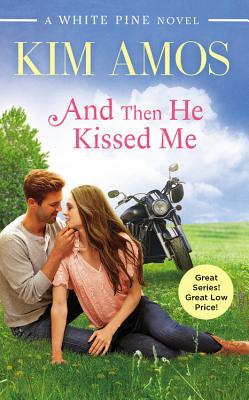 Five years ago, Audrey Tanner flung caution to the wind and herself into the arms of an emerald-eyed bad boy biker she met at the White Pine Asparagus Festival. Two blissful weeks together convinced her that Kieran Callaghan was The One-until The One blew town without a word, leaving her brokenhearted. Now, starting a new job at the new Harley Davidson showroom, Audrey is floored to meet her new boss: Kieran. He's still hot as hell, but she won't fall for his sexy smile again. This time, she's calling the shots.

Kieran never thought he'd return to White Pine, Minnesota, much less see Audrey again. Gorgeous and smart as ever, she's just as irresistible as he remembered. She still doesn't know why he had to leave-or that he's missed her every day since. But he can't deny he wants more than the no-strings fling Audrey proposes. As things between them heat up, Kieran must choose between the secret he's sworn to keep and the woman he never stopped loving . . .