And No Regrets — Rosalind Brett 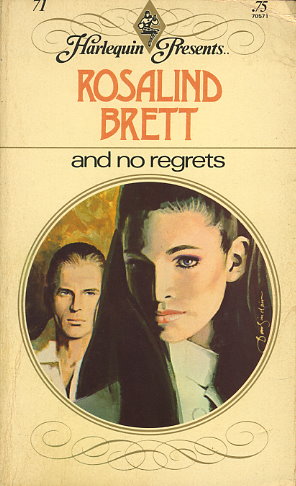 The conditions under which Clare Meriden agreed to go out to Nigeria with Ross Brennan were unusual, to say the least.

Facing an eighteen-month posting to the desolate heart of the country, and admitting his need for the solace of feminine companionship, Ross suggested that Clare should marry him -- on his terms -- and that at the end of the eighteen months they should part, with no regrets on either side. Loving him as she did, Clare accepted, confident that every-thing would work out happily.

It was a confidence that was to be shattered from the moment the glamorous Patsy Harriman sent Ross a message to say that her divorce was through, and she was waiting for him . . .
Reviews from Goodreads.com