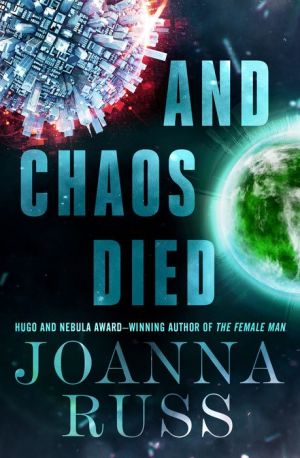 
This Nebula Award–nominated “work of awesome originality” (Robert Silverberg) is a mind-blowing exploration of telepathy and power on an Earth-like planet.   Earthman Jai Vedh was on a star voyage when his ship blew up, leaving him stranded on an uncharted Earth-like planet. In this strange new land, he’s amazed to discover a colony of humans who lost contact with their home world centuries before. They’ve developed telepathy, telekinesis, and teleportation—and structured a sophisticated social system out of these abilities.   Under the tutelage of a female mentor named Evne, Jai Vedh begins to develop his own mental powers. But when an unexpected rescue arrives, the Earth he returns to is nothing like he remembered . . .   Wildly imaginative, wholly original, and boldly experimental in form, And Chaos Died “is a spectacular experience to undergo” (Samuel R. Delany).