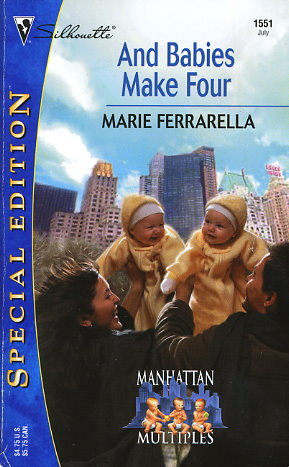 Accepting the secretary position at prestigious Mallory and Dixon had been step one in Mindy Richards's makeover. After all, she was newly single in the city...with twin babies-on-the-way to support. But her new life took a turn down memory lane when she discovered that high school crush Jason Mallory was her firm's powerful namesake...and her new boss! At first, Jason seemed uncomfortable with their working relationship. Until Mindy realized that this business titan was unsettled by her, and always had been. Suddenly, despite a painful divorce, despite her pregnancy, she felt desirable again. But dare she believe that jaded-by-love Jason could want the fairy tale -- babies and all...?
Reviews from Goodreads.com