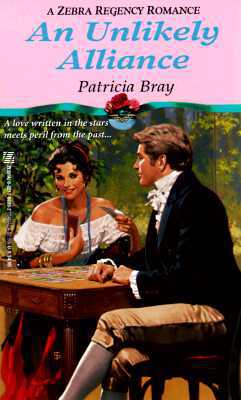 Share:
A SKEPTICAL LORD
At a glance, Lord Kerringan could see "Mademoiselle Magda" was a cardsharp. But when the gypsy fortune-teller accurately predicted the defeat of his prize racehorse, his noble visage darkened. For Kerrigan knew the race had been fixed -- but not by whom. The cheating wench must know the London underworld, and he vowed to make her his route to revenge. If he could just withstand the temptation of her luscious attributes.

AN EXOTIC FRAUD
Penury had thrust seamstress Magda Beaumont -- child of a French physician and a Russian gypsy princess -- into passing herself off as a tarot reader to the ton. But lacking her mother's powers, Magda drew the wrong card and made an enemy of the Earl, who caused her pulse to race whenever he was near. Now, as Kerrigan came closer to discovering the truth, Magda fervently wished she could predict the future -- to see if she would lose a love that promised splendid bliss.