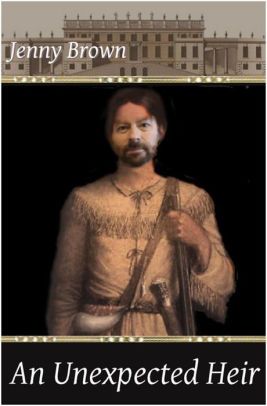 A brash American frontiersman ... a prim heiress desperate to avoid scandal ... A fish-out-of-water romance that will keep you laughing until it touches your heart.

When he travels to England to carry out his ma’s dying wish, Ned Prentice, American explorer, collector of curiosities, and traveling showman extraordinaire finds himself hailed as the heir to an earldom who was stolen away in his infancy. There’s only one catch. To be recognized as the lost heir, Ned must immediately marry Kate Haddock, the daughter of an upstart magnate whose dowry is needed to preserve the Earldom's mortgaged acres.
​
But Kate has only agreed to a marriage of convenience with the earl's heir to ensure that she will have the freedom to pursue her scientific interests. She has no intention of being bound for life to the all-too-charming backwoodsman she has reason to believe is a clever fraud.
​
​Pressured by Kate’s father and the earl to go through with the wedding, Kate and Ned form an uneasy alliance intended to to maintain each other’s freedom—until the pet baby beaver Ned has brought to England plays matchmaker and Ned and Kate must discover what is real, what is trickery, and what are the true desires of their hearts.
​
Rated PG-13 No explicit content.
Reviews from Goodreads.com