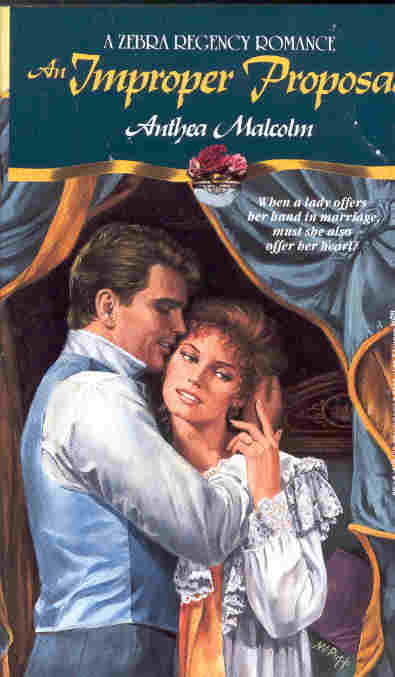 
When a lady offers her hand in marriage, must she also offer her heart?

A DARING DECLARATION
It had only been six weeks since her brother was named the Eighth Marquis of Parminter, but already Rachel's life seemed but a farce played out to please the ton. Suddenly she was Lady Rachel, and her ambitious sister Christine was betrothed to a future duke! And in the midst of it all, their cousin Guy had returned, Guy, whom Rachel secretly loved beyond all reason. Hunted by Bow Street these last two years for a crime he hadn't committed, he had risked imprisonment to prevent his beloved Christine from marrying another. Rachel had to save him-from Christine as well as Bow Street. And what better protection could a Lady offer than the wealth and respectability of an aristocratic marriage?

A SHOCKING EXPECTATION
Guy Melchett was not easily taken by surprise but Rachel's proposition left him stunned. It was out of the wuestion, of course. He couldn't possibly allow her to make such a sacrifice just to save his wretched hide. Not that the idea didn't have its merits. Rachel was an infinitely desirable woman - far superior to her flighty sister. But if he did agree to her outrageous scheme, he would certainly be a complete gentleman. Their union would be in name only... unless Rachel wished it otherwise. And suddenly Guy found himself hoping heartily that she would want it so... and soon!