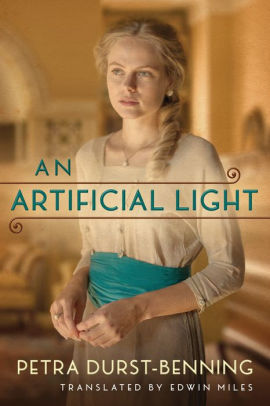 Share:
A defiant woman in pre-World War I Germany carves out her own unconventional destiny as the enthralling Photographer's Saga continues.

Germany, 1911. Certain things are expected of a woman. Defiant Mimi Reventlow has chosen to be the woman she wants to be. For now, that's the resident, if temporary, photographer in Laichingen. Here, against the odds, in a vocation uncommon for her gender, she maintains a struggling studio. She cares for her aging uncle and mentor. She's captured the affections of a roguish young local. And she dares to engage in a secret affair with Johann, the village's prodigal son.

But when tragedy strikes, Mimi's world is thrown into a state of flux. Remain in a place she calls home? Stay loyal to the man she loves? Or follow her true calling, on the road, as a photographer of roving independence?

Through dizzying betrayals, breathtaking new passions -- both personal and professional -- and the rumors of war, Mimi's next choice could change her life once again. So could the risks. But as Mimi knows, taking risks is at the heart of all women who dream of a future.