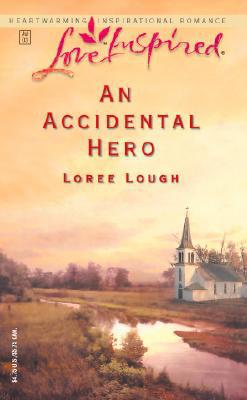 THE LORD WORKS IN MYSTERIOUS WAYS...

A head-on collision with burned-out rodeo star Reid Alexander is the last thing actress Cammi Carlisle needs! Pregnant, widowed and considered a "has-been," Cammi is returning to her family's Texas ranch in search of forgiveness. Little does she know that Reid wants her forgiveness....

Though there's sizzling chemistry between them, Reid knows a relationship would never work. Unbeknownst to Cammi, Reid was the one driving the pickup that killed her mother years ago. Even though it was a tragic accident with no one at fault, how will she ever forgive him when he can't even forgive himself?
Reviews from Goodreads.com

Meet Cammi. She has three sisters, a embittered father who still mourns the death of her mother, and some mistakes. Newly widowed and pregnant, Cammi has returned to town and now must find a way to tell her father where she'd been and what she'd been doing.

Meet Reid. He's had a rough life. He never knew his father and his mother married four times, each step-father worse than the one before. But two important people came into his life. Billy and Martina made life easier for him and "adopted" him as their own. He has one big hang-up in his past: He was the other driver involved in the fatal accident that caused Cammi's mother's death.

And the fact that the death was Rose London's fault did not stop Cammi's father from blaming him.

Then the minute Cammi drives into town, she and Reid collide when Cammi runs a red light in the exact spot her mother had! Instant attraction, but can they ever be a couple considering that Reid is a constant reminder of Beth London's death?

This book had plenty of believable romance and drama in it. I enjoyed reading it very much. I may not have agreed with where the author took the story in a couple places, but I understand why she did it. In the end, everything worked out of course.

The only fault I have with this story is the timing of Cammi's discovery of being pregnant and her husband's death. The author stated several times that Cammi found out she was pregnant the same day her husband was killed. When the book began, she had been widowed four months and was four months pregnant. So...HOW could she have known she was pregnant when he died? I figure you have to be at least a month along before you can know that, right? Anyways, the math didn't come out right in my head, but other than that the book was good.