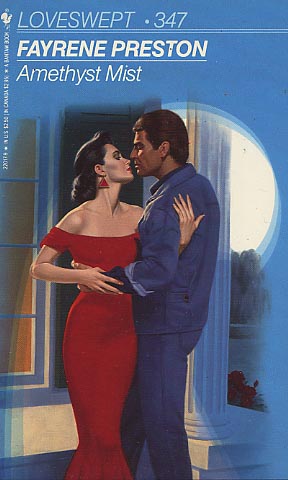 She was drenched, bruised, and utterly exquisite, with alabaster skin and eyes that glittered like amethyst--and Brady McCulloch drew her to him, determined to protect the woman from whatever had terrified her. But when she awakened to find her memory gone, she still felt strangely certain she was home, that somehow she had been made for this glorious man who held her with tender compassion and whose embrace turned her blood to fire. Captivated by her body pressed against him, seduced by her sweetness, Brady had never known a woman to go up in flames at his touch--but once he discovered she was Marissa Berryman, Dallas socialite, he feared he'd lose his passionate wanton to the world he'd left behind. Marissa had been running from a nightmare when Brady had saved her, but grief still shadowed her nights. He'd never allowed himself to love before opening his soul to Marissa, Now could he make her admit that destiny had joined their hearts?
Reviews from Goodreads.com