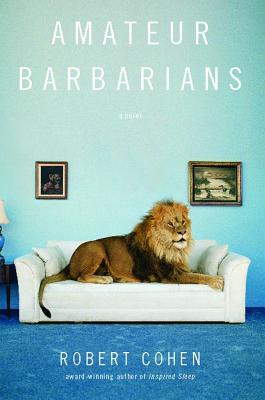 
Teddy Hastings is more of a doer than a thinker, a man who measures his life by what he has built: a successful career as a middle school principal, a solid marriage, two lovely if distant daughters. But once he hits fifty, in the shadow of his younger brother's death and a health scare of his own, Teddy feels the gravitational pull of his mortality and realizes he is no longer quite so in the middle, no longer building a life but maintaining one. He yearns for delivery and transcendence, for a hint of the sublime, and is determined to find it. What he gets instead is the "intrusion of the irrational in his affairs."

Oren Pierce, a perpetual grad student who has "made a mark, or left a smudge anyway" all over the place, has had more than enough transcendence in his life. Neither the extraordinary existence for which he assumed he was destined nor the woman with whom he assumed he would share it has materialized. In their absence he flounders in the possible, wondering what it will take to anchor himself to the supremely ordinary existence he both longs for and abhors.

The intersecting and diverging paths of these two men take them from the grids of New York City to the domesticated gardens of New England to the wildest, most unstructured landscapes of all -- the bedroom, the classroom, the darkroom, and the far reaches of East Africa, where Teddy at last finds something akin to what he seeks.