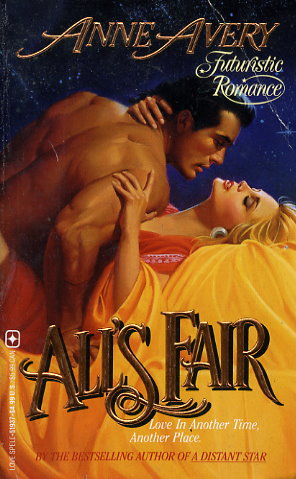 Calista York was a stunning firebrand with a mind of her own; a golden-haired trader who could ward off a pirate attack as easily as a man's unwanted advances. For five long years, Rhys Fairdane has roamed the universe, trying to forget the woman who had seared his soul with white-hot longing, then cast him into space. Yet by a twist of fate, Rhys and Callista are both named trade representatives of the planet Karla. It will take all his strength to resist her voluptuous curves, all his cunning to subdue her feminine wiles. But if in war, as in love, all truly is fair, Callista has concealed weapons that will bring Rhys to his knees before the battle has even begun.
Reviews from Goodreads.com