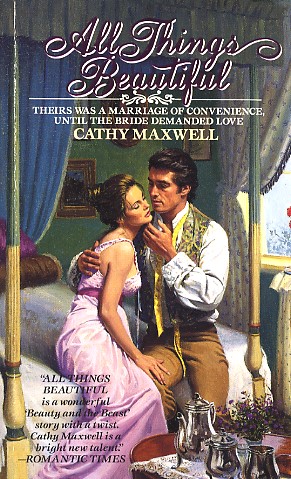 Lady Julia Markham's mediterranean-blue eyes and daring spirit made her the toast of the season, until she attempted to elope with a man who then betrayed her. By the strict standards of London society, Julia was ruined.

Three years later, desperate and penniless, Julia agreed to marry Brader Wolf, a self-made merchant who was unwelcome in aristocratic drawing rooms. Yet Julia was determined to make her businesslike marriage bloom-and found herself inexplicably drawn to her magnetic and dangerous husband. Breathless passion awaited her with Brader, but Julia's heart could settle for nothing less than the love of a lifetime.