All the Dead Were Strangers — Ethan Black 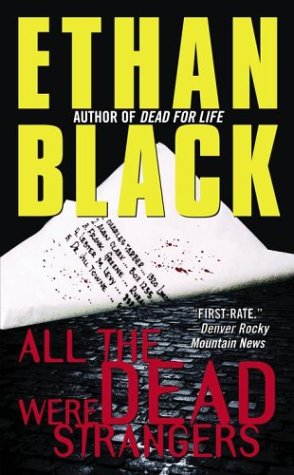 After a ten-year separation, Conrad Wort meets his childhood pal Meechum Keefe for drinks in Greenwich Village, and finds him frightened and depressed. Within hours, Meechum disappears--and the only clue Voort has is a napkin upon which Keefe has scrawled five names. Investigating further, he -connects the "accidental" deaths of three people on the list--and his instincts tell him that the two left alive are next. As he tries to locate them before it's too late, Voort uncovers a vast conspiracy of death that stretches across the country, threatening the very fabric of American life. And the conspirators have discovered Voort.

Locked in a shadow war against enemies who follow their own lethal agenda, Voort is torn between upholding the law and sacrificing everything to stop the killing once and for all... .
Reviews from Goodreads.com