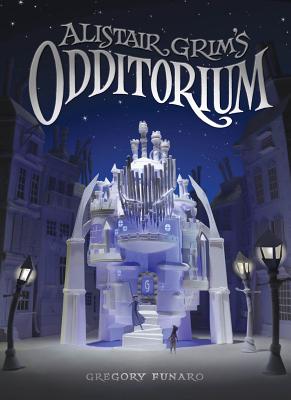 
Grubb, age twelve (or thereabouts), has never known anything beyond his miserable existence as a chimney sweep, paid only in insults and abuse by his cruel master.

All of that changes the day he stows away in the coach belonging to a mysterious guest at the inn that he is tasked with cleaning. Grubb emerges from Alistair Grim's trunk and into the wondrous world of the Odditorium. Fueled by a glowing blue energy that Grubb can only begin to understand, the Odditorium is home to countless enchanted objects and an eccentric crew that embraces Grubb as one of their own.

There's no time for Grubb to settle into his new role as apprentice to the strange, secretive Mr. Grim. When the Odditorium comes under attack, Grubb is whisked off on a perilous adventure. Only he can prevent the Odditorium's magic from falling into evil hands-and his new family from suffering a terrible fate.

Grubb knows he's no hero. He's just a chimney sweep. But armed with only his courage and wits, Grubb will confront the life-or-death battle he alone is destined to fight.