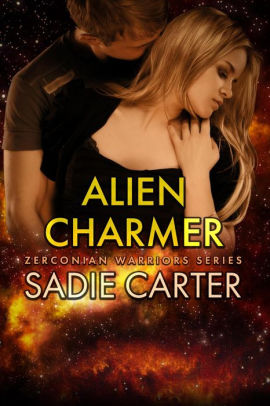 Share:
She met him in a dark alley and he followed her home, like a stray puppy. If a stray puppy were a six-foot-eight alien with muscles that didn't quit, a face to die for, and a huge protective streak.
And don’t get her started on his ego.
Blue was tough and independent, she didn’t need anyone to take care of her.
Especially not him. Nope. Not happening. Ever.

Safan was under no illusions of his appeal to the opposite sex.
So imagine his surprise when he meets a female who isn't all that interested in his charm, his body or his protection.
It's enough to confuse an arrogant warrior. And make him even more determined to prove to this prickly female that she is the one for him.
His mate.
But before he can manage that something happens to threaten their very existence.