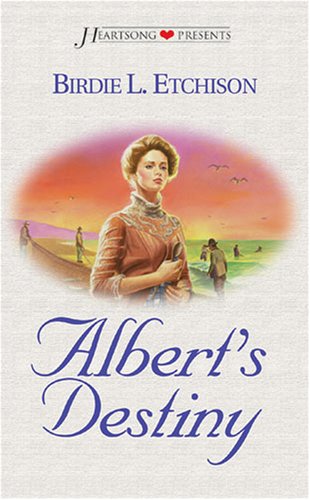 Albert Galloway is infactuated with Rosie Malone. His feelings for her give him hope that he may soon settle down and raise a family. But, Rosie's heart will not be tamed by any man, and before long Albert's hopes begin to fade.

Albert is working at a fish seining camp along the Columbia River, and the camp cook, Martha Bryan, becomes his partner in saving some of Astoria's street urchins. Martha has never been in love and decides, due to the accident that crippled her leg, she will never marry. But that was before she fell in love with Albert.

During the off season, Albert establishes a furniture business and Martha buys a horse farm. Their paths seem to take them in separate directions while Albert contiues to nurse his broken heart. But God has a plan for Albert, jsut as he has for all His children. It's simply taking Albert a bit longer to find his destiny.
Reviews from Goodreads.com