When a vacation turns into a fight for survival…
An all-expense paid trip on an Alaskan cruise is not something that Erykah Moore had planned on taking, yet thanks to meddling friends, she is. When her getaway starts out with meeting a rude man on the plane and a drink dumped on her, it seems it will be anything but relaxing.
Chance Young decides he is finally in a position for a break. An Alaskan cruise late in the season on one of his ships is just what the doctor ordered. Mishaps and a misunderstanding lead Chance in a direction he never thought he’d go.
A dog sled ride for two turns to disaster and the start of a nightmare. Forced together, their vacation goes from fun and relaxing to a fight for survival. Heat flares in the cold temperatures, but will their nightmare douse the flame? 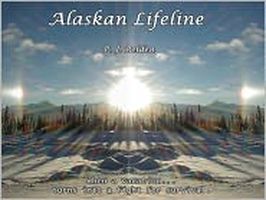