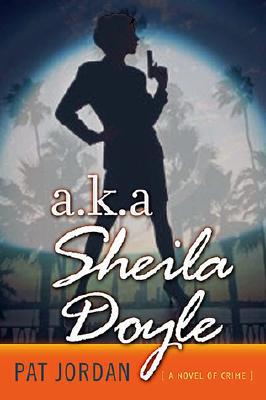 The action comes fast and rough in this hotly paced crime novel set in steamy South Florida, and the plot is as unpredictable as the striking, sharp-witted, and slightly over-the-hill stage actress at its center. She’s the recently divorced Sheila Mackenzie, nee Ryan, and when she meets the sometime male stripper and full-time operator Bobby Squared—or Robert Redfeather, as the Cherokee case may be—she overnight discovers inside her fortyish self a furiously passionate, daring, and driven Sheila she never knew. Call her Doyle, she soon finds herself rubbing elbows, and more, with Cuban gangsters, neo-Nazi gunrunners, Rastafarian hitmen, Italian drug dealers, and trigger-happy rednecks. She also picks up some trigger skills of her own. She needs them, too. Unwittingly she, Bobby, and Bobby’s fat, balding, and all-business partner in crime, Sol Bilstein, have become entangled in a deadly web of vengeance that could turn the private army of Cuban political exile Juan Jose Medina against them all. The ruthless Medina may never forget a face, but actress Sheila Doyle has many of them—and some talents her stage career never tested. Only now Sheila Doyle is playing for keeps and playing for real. And it could be curtains.
Reviews from Goodreads.com