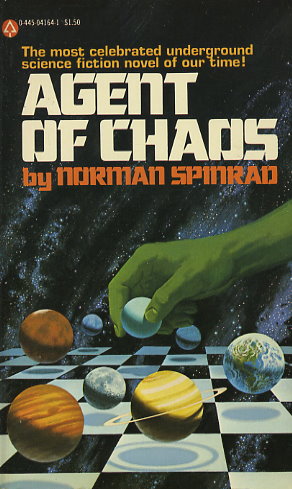 THE TIME IS THE 24TH CENTURY

Humankind populates the entire solar system, from icy Pluto to boiling Mercury. Great domed :ties, humming factories, hordes of workers, all feed the power of the dictatorship that controls all life. Only a small group among the cowed population dares rebel in a struggle that pits democracy against tyranny,

But there is a third force at work as well. A mysterious band of assassins whose final solution to the problem of humanity's fate is as terrifying as it is irresistible ...

Now at last available to the general reader, the science fiction novel that not only has created a cult of followers, but profoundly influenced some of the most dramatic political actions of our time.
Reviews from Goodreads.com