After the Fire — Karen Campbell 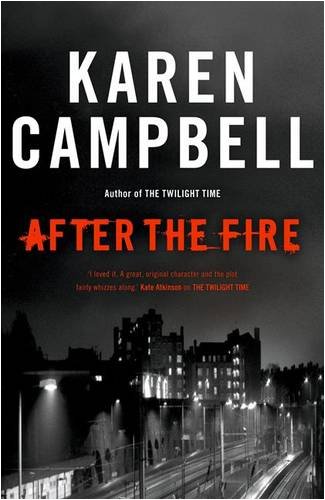 Share:
Someone is dead because of Jamie. Yesterday they were alive. When we woke up yesterday and argued about how many pairs of shoes I could take, that person was alive, making coffee maybe. Scratching her arm or yawning in the mirror...Newly qualified as a firearms officer, Jamie Worth is called to a domestic disturbance. Events get out of hand, and he shoots and kills a teenaged girl who appears to have been unarmed. Already wracked with guilt, he is horrified when, with the media baying for blood, he is accused of murder. How can a cop survive in prison, when he suddenly finds himself on the wrong side of the law? And how can his wife Cath and ex-lover Anna come to terms with what has happened? From the author of THE TWILIGHT TIME, AFTER THE FIRE is a chilling glimpse of the flipside of life as a law enforcer, written in 'stiletto-sharp prose' (The Herald) by one of the most exciting new voices in crime fiction. Praise for THE TWILIGHT TIME: 'Raw, real and so evocative you can almost hear the screams. if this debut is a true reflection of her talent then she's going to be huge.' -- Daily Record 'Campbell's debut is a rare example of a crime novel which, in the energy of the writing and finely observed detail, transcends genre limitations.' -- The List