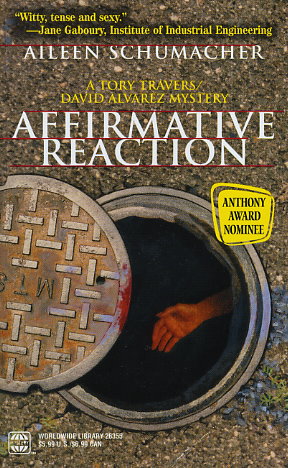 MURDER IN WEST TEXAS
On this particular Sunday, Las Cruces engineer Tory Travers actually wanted to spend her afternoon crawling through a storm drain in an unfinished housing development project. She was looking for a leak. Instead, she found a corpse.

The victim is Pamela Case, a much-hated city employee who has a tainted political history with the abandoned housing complex...and the angry developers she prevented from completing it. Her murder exposes a life -- and death -- entangled in graft, corruption, suicide and blackmail.

When Detective David Alvarez arrives on the scene, romantic and political tensions heat up, as murder gives way to a deadly vendetta in a case of affirmative reaction from a civic-minded killer....
Reviews from Goodreads.com