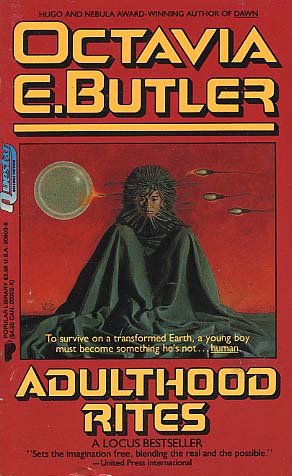 XENOGENESIS: The birth of something new--and foreign.

CHILD OF A NEW PEOPLE

The Oankali aliens have saved Earth. For a price. Oankali survival requires constant genetic exchange. .. and we are their new mating stock. The resisters reject the Oankali to live free in the wilds, a last generation of sterile humans sinking into savagery and suicide, stealing and mutilating half-alien hybrid babies to claim as their own. Akin is a hybrid, an Oankali construct infant, his body a bridge between worlds. He looks human, but can remember the womb, taste molecular structure, and kill with a toxic touch...

And if Akin tries to save humanity, the humans will kill him.
Reviews from Goodreads.com 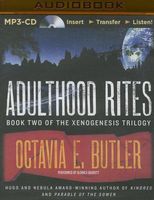