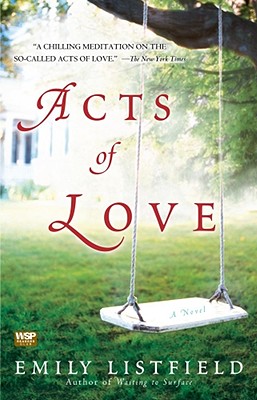 Share:
From the acclaimed author of Waiting to Surface comes a “searing” (Publishers Weekly) and emotionally powerful novel about a family and a community torn apart after an unthinkable tragedy.

In a suburb near Albany, New York, Ted and Ann Waring are waiting for divorce papers. Ted is hoping for reconciliation, but when he returns from a hunting trip with the couple’s two adolescent daughters, he loses his temper one last time, shooting and killing Ann in their living room. He claims it was an accident, but his thirteen-year-old daughter, Julia—the only witness—is sure it was murder. The younger girl, Ali, doesn’t know which way to turn. And when Julia testifies against her father, she sets into motion a struggle that pits family, friends, and townspeople against one another.

As the many layers of truth unfold in this “chilling meditation on the so-called acts of love” (The New York Times) Emily Listfield’s lean and subtle prose reveals the ways in which the emotions and evasions of the past reverberate uncontrollably into the present.