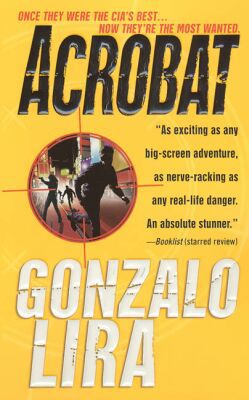 The CIA work group Acrobat is on the run. Young and sophisticated, smart and daring, this specialized group of five CIA operatives, formed to expose the criminal acts of traitors within the CIA, is now the target of the organization they once defended.

Accused of stealing sixty million dollars and selling U.S. secrets, Acrobat must go underground. Pursued from the secret corridors of the CIA to the gritty streets of New York by their former allies and friends, they soon realize there is a traitor among them But who would betray the trust of the group?

Caught in a web of lies and deceit, the group must decide: stay and fight--or run and escape? Stylish, edgy and completely original--from the explosive opening scene to the final astonishing moments--this is masterful storytelling at breakneck speeds.
Reviews from Goodreads.com