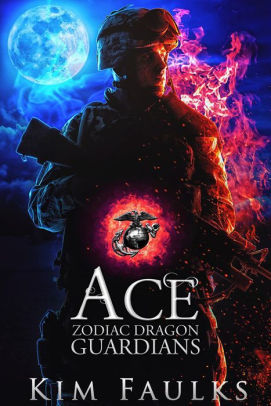 The Shadow Government is cleaning house and high on their hit list are four names; Regan Rivers, Darrion Slater, Senator Artemas Roth and one lone man with a damaged past, and a dangerous need to protect.

Ace will risk his life to protect his team.
He'll do what he does best…move toward the sound of gunfire and kill everything in his path.

Brothers to the last fight.

But when an ambush goes wrong and Ace is left hurt, who will protect him?

Brothers to the last breath.

Ghost is the last of her Berserker Clan. The one left behind to remember the enemy, and Major General Newman Slater of the US Marines is the enemy she's never forgotten.

Newman Slater bought his General stars through blood, sweat and tears…but it wasn't his blood, and they weren't his tears.

Ghost is the only one alive who knows the truth of Slater's dirty, bloody secrets. When a chance encounter brings Ghost into his sights she knows there's nowhere she can hide.

Slater is coming for her again. Only now she's not alone -- she has a wounded Marine by her side…one she rescued, one she's kept safe…one she'll die to protect.

Brothers to the last bullet.

When it comes to that final bullet… Ace cannot miss…