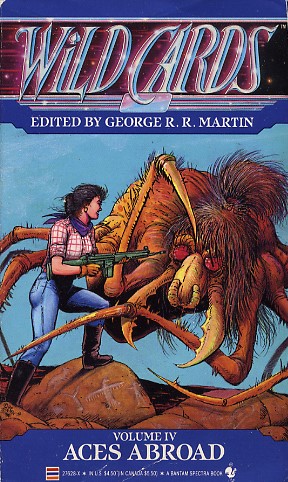 When an alien virus struck New York four decades ago, it created a new breed of superhuman men and women known as Aces and Jokers. But America was not the only nation struck by its awesome power. Now a team of Aces sets out on a voyage of exploration to see how their counterparts have fared in other lands--from Europe, Africa, Asia, and the Soviet Union to the deadly streets of the Middle East.

Venture into new realms of excitement and adventure as eleven of science fiction's most gifted writers take you on a grand tour of this amazing shared world:
Reviews from Goodreads.com