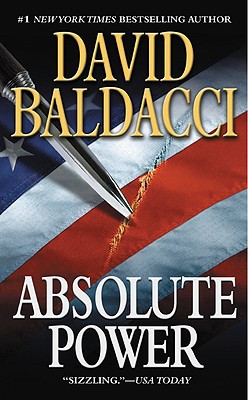 In a heavily guarded mansion in a posh Virginia suburb, a man and a woman start to make love, trapping a burglar behind a secret wall. Then the passion turns deadly, and the witness is running into the night. Because what he has just seen is a brutal slaying involving the president of the United States.

Luther Whitney is the career break-in artist who's in the wrong place at the wrong time. Alan Richmond is the charming U.S. president with the power to commit any crime. And Jack Graham is the young attorney caught in a vortex between absolute truth and... ABSOLUTE POWER
Reviews from Goodreads.com

Luther Whitney is a thief with a conscience. When he's breaking into a house of a wealthy family in Washington, D.C. the woman of the house returns with her lover.

They are having rough sex that gets out of hand and as the woman is about to attack the man with a letter opener, the door bursts open and two Secret Service men enter. They see the woman about to stab the President and shoot and kill her.

Luther sees it all from a two way mirror in the closet. When the Secret Service leaves the room, Luther takes the knife that also has the President's prints and escapes.

The Secret Service return to finish sanatizing the room only to learn that the knife is gone.

Bladacci does an excellent job with his debut novel as the Secret Service try to cover their tracks and Luther tries to set something up that would reveal the President' part in the woman's murder.

Luther Whitney breaks into a house that the POUS is in and having an affair and then caught killing the mistress. 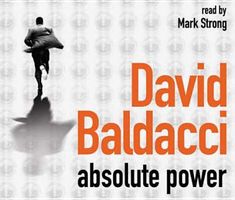 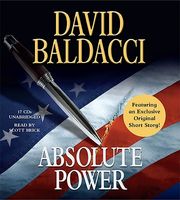 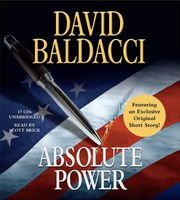