Above and Beyond — Susan Bonners 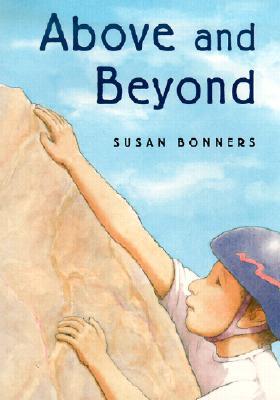 An old secret is revealed and an unusual friendship forged.

Jerry has an easy time coming up with a topic for an oral report on local history -- his subject will be his favorite cousin, Charles. Jerry remembered hearing a story many years ago: Charles used his rock-climbing skills to rescue a five-year-old girl and became a celebrated hero in the community. Jerry researches the event on microfilm at the library and visits the commemorative plaque at the rescue site, but he quickly realizes that a firsthand account would be the best resource of all. He does some detective work and is able to track down the girl, now grown up and living in a town not too far away. But when Jerry hears her version of the incident, one odd detail doesn't seem to fit. As he gets closer to solving the mystery, it becomes apparent that the story coincidentally involves Danny, a classmate with whom Jerry's been forging a tentative friendship. When Jerry ultimately uncovers the truth, its impact is greater than anyone could have imagined.
Reviews from Goodreads.com